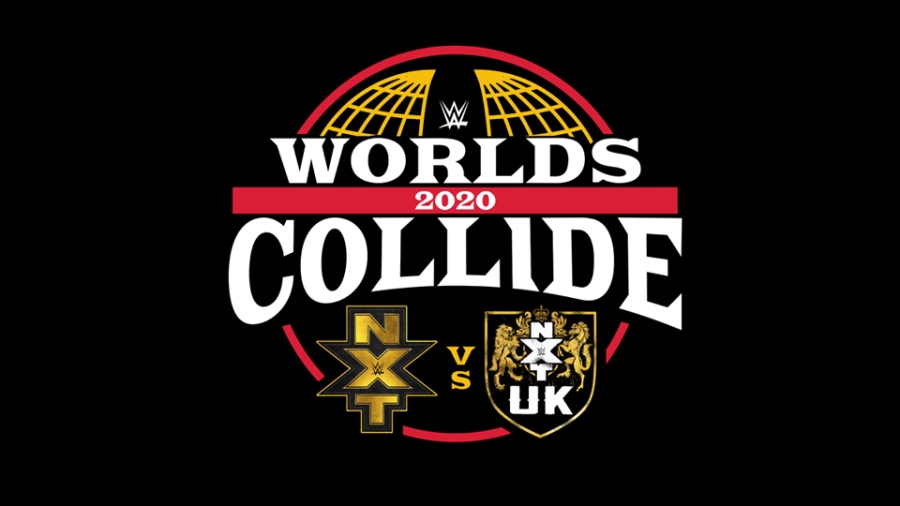 It’s the best of both worlds, however, once a year these worlds collide in an all-out battle.

NXT has been putting on incredible shows week in and week out since going live every Wednesday.

NXT UK have to put their name on the radar with the uprising of WWE on BTtv.

I’m going to admit, I don’t watch NXT UK, there is just too much wrestling for me to watch and do other things throughout the week, but I think it looks great and has an amazing roster!

Albeit this, do they stand a chance against NXT? Will titles change hands? We will find out tonight, but before we do, I’m going to predict ‘Worlds Collide 2020’:

Usually, January sees another NXT Takeover air – is this show even considered an NXT PPV?

These Takeovers are infamous for the wars Johnny Gargano and Tommaso Ciampa have had – either against each other or beside each other.

Worlds Collide will be considered a big deal in the careers Ciampa & Gargano as they will reunite for the first time in years, as #DIY, to face the brute force of Moustache Mountain.

It is an NXT show, so I’ve got lots of faith that this match will be lengthy and full of high spots that will make Young Bucks gasp.

I predict #DIY will come out on top considering Gargano faces Balor in Portland and Ciampa must be next in line for an NXT title opportunity.

This is just NXT and NXT UK putting some of their finest female athletes to the test.

WWE have gave us no reason to care about NXT UK Women’s Champion vs Mia Yim. It isn’t for the title and I only found out this match is confirmed by searching for the card.

It’ll be fun but I would’ve wanted more intrigue heading into the bout.

I expect the Queen of Scots to remain strong by defeating Mia Yim.

Angel Garza is a fantastic wrestler, who needs more storyline. However, I can’t see these guys beating him.

“Swerve” is a great athlete, who may hold the title one day, but I can’t see it being his night.

Devlin is a Balor lookalike who could shock the world by gracing the purple belt in the British Isles.

I need to watch more Banks to see if he is a likely winner here.

Finn Balor has been scouting talent on the UK brand and has decided he wants to face Ilja Dragunov (a guy that I need to keep copying and pasting as I keep forgetting how to spell his name) in a test of strength.

I can see this match being thrilling, even being considered match of the night for some.

No idea what Dragunov is doing on NXT UK, but being a huge fan of the Black and Gold brand, I believe Balor needs this win to help solidfy him as one of NXT’s greatests even more.

It will be a fight down under as these gals brawl once more.

One of the more booked matches on this show, however, I would have preferred Storm to regain the NXT UK strap to have that dynamic flowing in the match. It just seems like NXT are more focussed on NXT Takeover: Portland and just skimming over Worlds Collide.

Expect Bianca Bel Air to get involved somehow causing drama between her and her Takeover opponent. In terms of predictions, Rhea Ripley has to retain here.

Here we go! The main event and the main reason why people will stay tuned for this show – Undisputed Era will go head-to-head with Imperium.

This match gives me goosebumps thinking about it! WALTER vs Adam Cole, WALTER vs Roderick Strong, WALTER chopping everyone!

This is a tough prediction but NXT are on a roll because of the end of year award winners Undisputed Era, so I’m going for a sneaky win to help build to their next feuds.

I can clearly see Imperium gaining the win though due to Strong being distracted with the loss of his title to Keith Lee. I’m sticking with my boys though.

Chaoticly, Worlds Collide will be live later on tonight and there are my predictions.

Do you agree? Do you disagree? Let me know and I hope you guys enjoy the show!

I’ve only almost gave NXT a clean-sweep because of their success as of late and they need to be strong for Royal Rumble the next again night.

See you with those hectic predictions! Bye! 😀