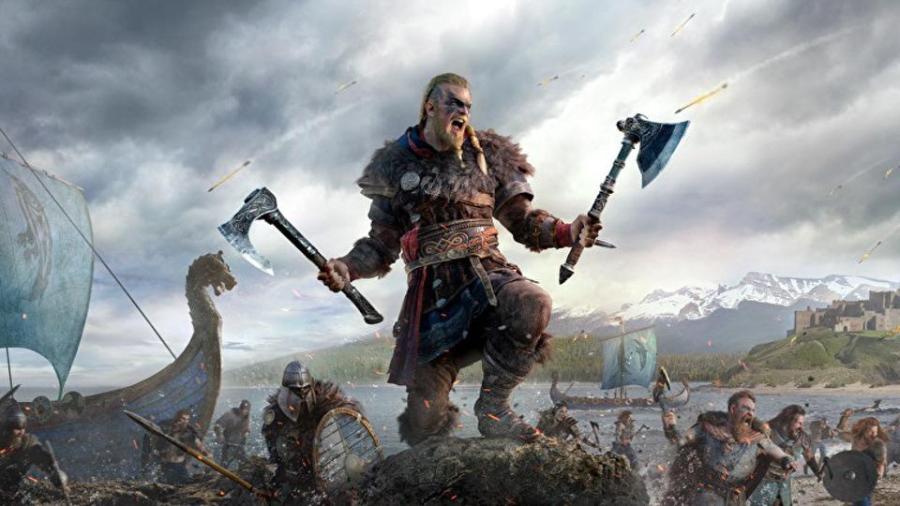 ‘Assassin’s Creed’, a third-person, stealth game was released in November 2007 and embarked a new gaming journey to our screens. Eleven official games, novels, comics, and a movie later and we are gearing up for the next November release. ‘Assassin’s Creed: Valhalla’ will be released alongside the new consoles on November 10th and is being set up by Ubisoft as a restart on the franchise. Alongside this was the recent announcement of an animated and live-action series by Netflix.

Like most people my age, Assassin’s Creed would be one of those series that sparked your love in gaming. Not only that but it increased my interest in history and travel.

All of these destinations we get to explore for hours upon hours. All the battles we get to partake in. All the familiar faces from the past we get to meet. Yes, the games tell you that it is ‘based on historical beliefs’ and is a ‘work of fiction’. However, I can’t be the only one that has went on Google and researched further on the historical setting I’m adventuring around.

Even though the games have kinda swayed from what made us fall in love with the franchise, the series still holds a special place in my heart and I will buy every game that is released.

Valhalla is exciting me with the Viking prospect and has got me thinking… Where else would I like to see future Assassin’s Creed games take place?

This is a travel blogging website, but I believe this topic fits in as I may care less about Italian history or not feel the need to visit Egypt if it was not for these games. The setting chosen for each game surely helps build interest in that country and may even heighten its tourism boosting the appreciation of their culture and history.

Let’s look at where the animus has taken us thus far:

That is a list of really unique and different places and I’ve enjoyed assassinating templars and jumping into haystacks from each of them. However, there is so much history that involves blood, gore and death and therefore, Assassin’s Creed is going nowhere anytime soon.

Which means I am going to write ‘Five New Assassin’s Creed Locations That Must Happen’.

This is my opinion of course, so if you have any other ‘must-see’ destinations, let me know in the comments or over on my Twitter. Anyways, let’s synchronise this Leap of Faith:

Let’s start with the obvious one. Not only an obvious one though but a much-needed location to set Assassin’s Creed. I would admire seeing the Creed jump from temples in Ancient Japan.

Japan is one of those places that you’d have thought Ubisoft would have chosen years ago. It has a rich culture, beautiful setting and distinct history that would have fans obsessing over every temple, lantern and cherry blossom.

Not only that but there has been no main game set in Asia yet which is appalling honestly. Before people argue, yes, there is a Chronicles set in China, however, that is a 2d platformer and therefore, doesn’t count. Really, it just fuels my need to explore Asia through an Assassin’s eyes even more!

Assassin’s in Japan is also kind of a given to their history. Ninjas are associated to the country of the rising sun. Groups of people that are profound of stealth. Assassins would fit right in with their sneakiness and tactics. Also, who doesn’t want to use shurikens and nunchucks?!

People have been critical over Ubisoft continuing with this beloved series because of how repetitve the games have become. I believe that a game set in Ancient Japan would relate with their previous editions; the last load of games have been set in the far past, but would also give players a culture shock with a completley new world to explore.

Ancient Japan is a must for the crisp quality of the new consoles.

Just being able to jump around Machu Picchu would buy this game for me!

South America is a continent that doesn’t get much love when discussing potential Assassin’s Creed locations. Despite this, I believe that it would be a pretty spectacular and unique place to adventure around and kill templars.

Out of all South American countries, Peru is up there as the most intriguing and therefore, I’d like to see the Assassin’s leap there. Moreover, my knowledge on Peru is quite slim and a game based there would educate and aspire me and others to travel there.

I understand that the game would explore the Incas and should feature lots of llamas. Furthermore, the setting would be vast. One mission can have you running around the bustling towns of Lima or Cusco to then surviving the epic Inca trail.

There are lots of options and possibilities for a game set in Peru.

I have played all three chronicles and I quite enjoyed the complexity of them. Admiring the fact that stealth was not an option but a severity to progress through the game. This made my assassin instincts pour out as usually I am just a wrecking machine on the main games.

Personally, I thought India was my favourite out of the three but if one had to be made into an official Assassin’s Creed title, I’d be down on my knees begging for the Russian Revolution.

There hasn’t been a game set in recent history since Syndicate and a return should be much adored by fans after a long time without modernity kicking in.

The Russian Revolution took place in the early 20th century and has a diverse and engaging atmosphere to synchronise in. It could bring Chronicles protagonists, Nikolai and the Tsar’s daughter, Anastasia to the big screen or it could build on a new Russian figure.

Whatever way they decide, it will surely feature the Tsar family, Rasputin, Bloody Sunday Massacre and the rise of communism, Soviets and Lenin.

What a time to be alive and what a time to be a hooded figure on the streets of Moscow and St. Petersburg. As long as they decide to have this song play during the credits I’d be more than happy to Leap of Faith into Russian history.

This would be completely insane and unimaginable for an Assassin’s Creed location. However, this is what makes it brilliant!

The need for an Assassin’s Creed: World War 2 has been quite fifty-fifty with some people begging for it and others not wanting the Creed to go that recent in history.

It would be strange. There would be guns, tanks, planes, everything that won’t make it Assassin’s Creed anymore. But as long as you have your trusty hidden blade, you have the upper edge during the War.

I’d also be more excited if it was set on enemy turf. Imagine exploring the debris and empty streets of a Nazi Germany in the middle of a global-scale war. You can be a British spy, keeping an eye out like your ancestors before you – from an eagle’s perspective.

Obviously, you would have all your ranged weapons that keep to the context of this sufferable collision, but this would give a new take to a War that has plenty of games based on the event. It can divide this head-on battle and make it more stealthy, hiding in the trenches striking on nearby Nazi’s, proving your country does need you!

Growing up as a Scottish kid and learning this topic throughout history class in secondary school, I couldn’t help thinking what if we could a game set during this brutal era for the country?

A war dividing the nations of Scotland and England. A war that decides the future of Britain forever. Wouldn’t the Assassin’s want to take place in this bloodshed?

Meeting historical faces such as William Wallace, Robert the Bruce and King Edward I himself would be really epic! Moreover, your attire would be incredible. Just imagine a ginger, kilt-wearing, hooded man/woman with a hidden blade. Fits right into Scotland!

Furthermore, the soundtrack would be perfect. Jumping from haystack to haystack listening to the prideful bagpipes playing and Celtic music glisten would be amazing and stop me from getting bored adventuring around their larger-than-life maps defending Scottish castles and forts from English hands.

Also you can take part in the infamous Battle of Stirling Bridge, fighting alongside William Wallace and claiming freedom for your country. Guerrilla warfare would also be a unique and creative new element to add to the gameplay.

This may be too similar to the latest release, Valhalla, but it doesn’t stop me from wanting to scream “Freedom” from the top of my lungs before doing a Leap of Faith into a haystack.